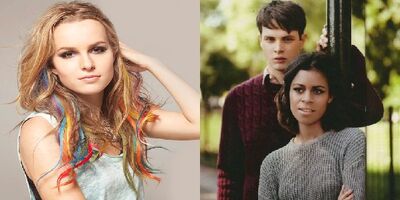 Welcome to Ar(tist) (pronounced Ar) Wars! Each week there will be a voting battle between two artists and two singles. You can vote each single and artist out of 5 (5 being very good), and the battles will be open for one week before they are closed and the results are counted. Scores for each contestant are counted by adding up the total rating and dividing the total by the number of votes to give the average.

After every 8 weeks of battles, the next week will be a Final Battle where the winning artists and singles battle for a final time to determine the ultimate artist and single. Also, the tieing battlers will do a final battle to determine which is the best. Final Battles are open for 2 weeks.

After construction of the wiki is completed, Ar(tist) Wars, along with many other UK Charts Archive Wiki games, will return to the wiki.

Community content is available under CC-BY-SA unless otherwise noted.
Advertisement